Coming Back for Real This Time...

It has been far too long... Coupled with getting a new teaching position, and coaching baseball, much has been happening in my personal life which has made my Disney writing unfortunately go to the back burner. Now with a renewed interest, and further writing for WDWNT possibly on the horizon I am feeling invigorated to get the blog running at full steam ahead once more. In the coming days I will attempt to catch up with the things I have been missing, and therefore get ahead with what might be happening, as well as getting the old series moving again. The only series that has been truly discontinued is the Stuck on the Drawing Board series, as it has been moved to WDWNT permanently. This will allow for further exposure for the blog. I hope to add writing for trip planning for the site as well as I am looking forward to taking a larger role there as well.
Posted by Starport75 at 7/15/2014 11:38:00 AM No comments:

Dreamfinder and Figment Reunited Next Year? 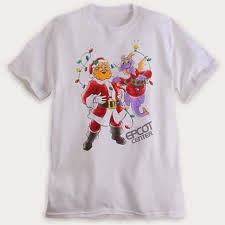 It appears that in the January refurbishment of the Imagination Pavilion, we may be seeing the addition of Dreamfinder, and a Dreamfinder Figment reunion. These rumors are based on the recent announcement that Colorvision will be the new sponsor of the pavilion, and the recent release of a Dreamfinder/Figment Christmas t-shirt. Now many are speculating that the shirt might be a retro shirt that Disney has pushed in the past few years, but others are using this as a reason to speculate that the often missed Dreamfinder might be returning to the attraction that made him famous.

It is still unknown what might be in the theater that is currently housing Captain EO, but the pavilion shutdown is coming soon, so hopefully news will come out soon about that attraction as well.
Posted by Starport75 at 12/15/2013 12:58:00 PM No comments:

Email ThisBlogThis!Share to TwitterShare to FacebookShare to Pinterest
Labels: Rumors

Warner Bros. and Disney? What is the Deal Here? 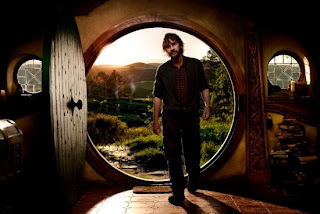 Rumors have begun to fly about the possible link between Disney and a Warner Bros. project. Now obviously this is a long reaching rumor, as there has not been any major media outlet claiming its validity, but message boards and discussion forums have begun to tell a tale of intrigue. If the rumors prove to be even remotely true, then we may be seeing a link between two companies that was never before considered, nor thought even possible.
What has begun to fly is a rumor regarding Warner Bros. and their Lord of the Rings property. Now it is common knowledge that Peter Jackson and Warner Bros. Have been trying to sell the idea of a Middle Earth land on companies like Universal for quite some time. The holdup apparently was first Harry Potter, and then the logistics and realistic concepts and their ability to create what is planned. From what we are hearing, Jackson and the WB have begun to look elsewhere because Universal does not seem to be 100% behind such a project. This is where the mouse comes in.
With the announcement and concept drawings of Pandora and Avatarland being presented to anyone who was willing to watch, Warner Bros. and Jackson were able to see an idea as to what Disney was capable of, or more likely, what they were willing to try. This presentation may have intrigued them because as people have heard, there may have been some dialogue. Keeping in check the fact that this is in no way to be taken as fact, as there would be many obstacles in the way.
One possible obstacle involved is the Tolkien family. They hold the rights to the story, and the characters, where Warner Bros. only reserves the right to the likenesses and images Peter Jackson created. This means that Disney would need both parties to make such a plan work. Also, Jackson will likely monitor how Disney interacts with James Cameron on his idea of Pandora, as we would be led to believe that Jackson would want to see how Cameron and his ideas were treated. Finally, the issue of location and construction could cause issues. Which park would this go in? Where in the park? Lastly, with what money considering their are 5 projects going on at once?
As we said on the outset, this story should be taken lightly, though read because there is a rumor around about it. Sadly the chances that Bag End and Frodo Baggins make their way into Walt Disney World are still very slim, though not completely impossible. Keep here for news if anything develops.
Posted by Starport75 at 10/25/2013 04:39:00 PM No comments:

Email ThisBlogThis!Share to TwitterShare to FacebookShare to Pinterest
Labels: Rumors

Disney fans and enthusiasts were finally made privy to the plan that James Cameron and Disney have created for the much anticipated and hyped Pandora. This land, which will be placed within Animal Kingdom, will be a collaborative effort between Cameron's team and WDI, as they begin to create Pandora for guests.

What we can see from the renderings presented is a land filled with bioluminescent plants, and a colorful land that looks as though it will have great night images. There has been talk of a boat ride, as well as possibly a ride on the back of a Banshee. The concept also has floating mountains, and a noticeable lack of lines. (hopefully that is not a sign of things to come) The plan seems to include a few new attractions, but nothing like what we thought was coming when the plan was initially announced.

Disney has also announced that coinciding with the opening of Pandora, Animal Kingdom will have a number of nighttime entrainment will be added. This will include floating lanterns, music, lights and water screens. As such it sounds as though the hours for Animal Kingdom will certainly be expanded to accommodate such additions. Keep checking the site to see if other changes may soon be occurring. 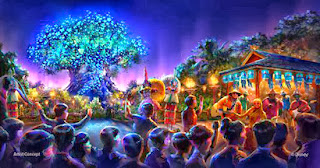 Email ThisBlogThis!Share to TwitterShare to FacebookShare to Pinterest
Labels: News

Disney Reveals Plans to Open DVC Wing at The Polynesian 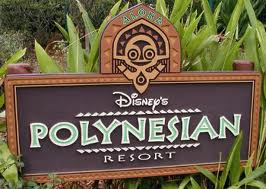 It has been mad official, that the Walt Disney Resort will begin preparation for a Disney Vacation Club wing at the Polynesian Resort. This announcement, though somewhat expected, has many fans around the world extremely happy. Once completed, there will be a DVC section in each of the Magic Kingdom resorts, and thus allow Disney to move on to the other parts of the resort.

This move had been expected since the near completion of the DVC wing of the Grand Floridian. This is a necessary move, in that many guests are big fans of the Polynesian Resort, and their inability to stay their using their DVC membership (and it be of value) had made many fans upset. This construction will allow for that to be a possibility, as will allowing Disney to have a DVC wing at all stops on the Resort Monorail line.

It has been announced that the DVC wing at the Grand Floridian will be opening in late October, on or about the 23rd, and the construction on the Polynesian may begin during the month of September. This quick turnaround shows that Disney had been preparing for this announcement for quite some time, and their timing was to coincide with the opening of the Grand Floridian. The unofficial opening of the wing will be sometime in 2015, with the resort itself going through a refurbishment as well.
Posted by Starport75 at 9/17/2013 11:40:00 AM No comments:

Starport75
This blog will focus on the nuances of the Walt Disney World Resort. I will post as often as I can about any rumors that I come across, as well as focus on either the history or future of some of our favorite attractions, shops, resorts, and restaurants.